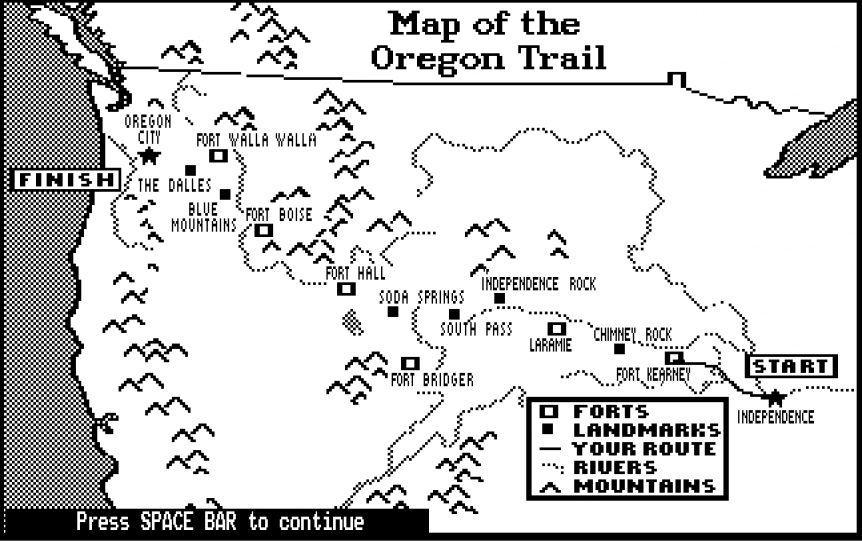 If you were a kid in the 80s and early 90s, chances are The Oregon Trail was one of your first introductions to computer video games. That means that as a child you probably haggled for oxen at the general store, forded the Columbia River Gorge, and, of course, contracted dysentery. It’s not a fluke that The Oregon Trail sold over 65 million copies. The video game’s marketing was genius. Because it was meant to educate children about 19th-century pioneer life, teachers mostly didn’t mind if their students played the game during class time and students were happy to bang away at the school’s Apple II because it sure beat Social Studies class.

Now that most of us 80s and 90s babies are all grown up, The Oregon Trail still has more to teach us. Whether you’re settling your family into your first home or making a trek across the country to relocate for a new career, here are some tips from everybody’s favorite classic video game. 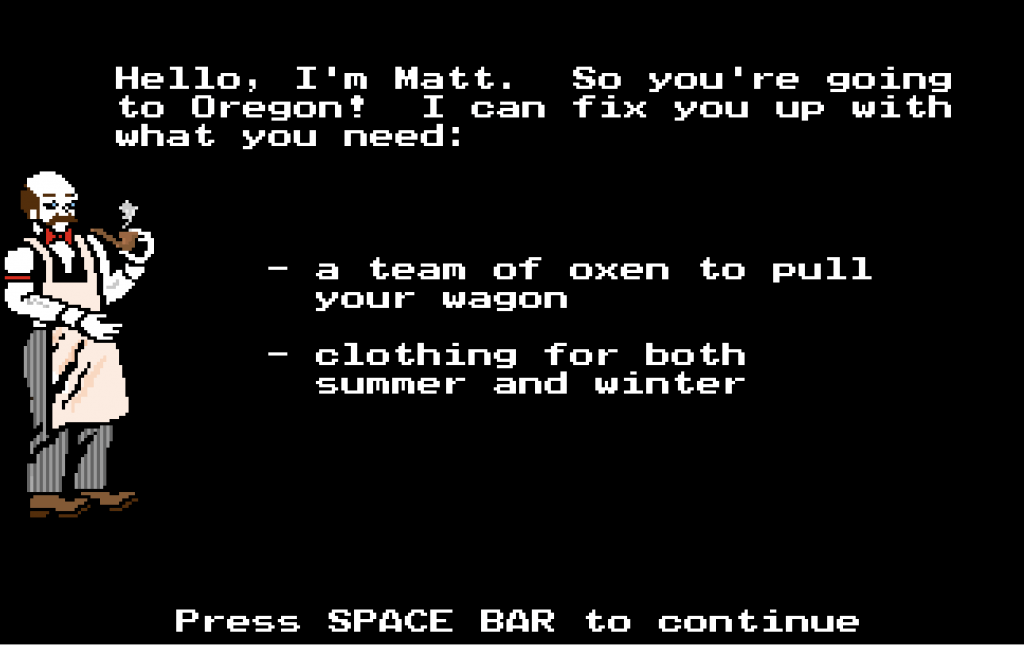 Don’t spend all your money at Matt’s General Store. If you’re wagoning all the way across the Great Divide make sure you don’t blow your hard-earned dough before you hit the trail. Have at least a couple hundred, if not more, bucks set aside for when you move into your new digs. No matter how well-outfitted your previous house was, there are going to be little things, here and there, that you’ll need to pick up once you move. Whether it’s a vacuum cleaner, a couple of new pieces of furniture, or some under-the-sink items, you should put a chunk of cash in storage so you aren’t scrambling after moving day.

Plan your route to maximize short sightseeing adventures. Though Google Maps is the go-to atlas for most of us these days, if you’re moving across the country, it might not be a bad idea to see if you can plan your route around natural wonders that won’t take too long to visit. You don’t want to waste a road trip white-knuckling it for hours on end. Google some sightseeing spots near the highway and add on a couple extra hours so you can enjoy your  drive. 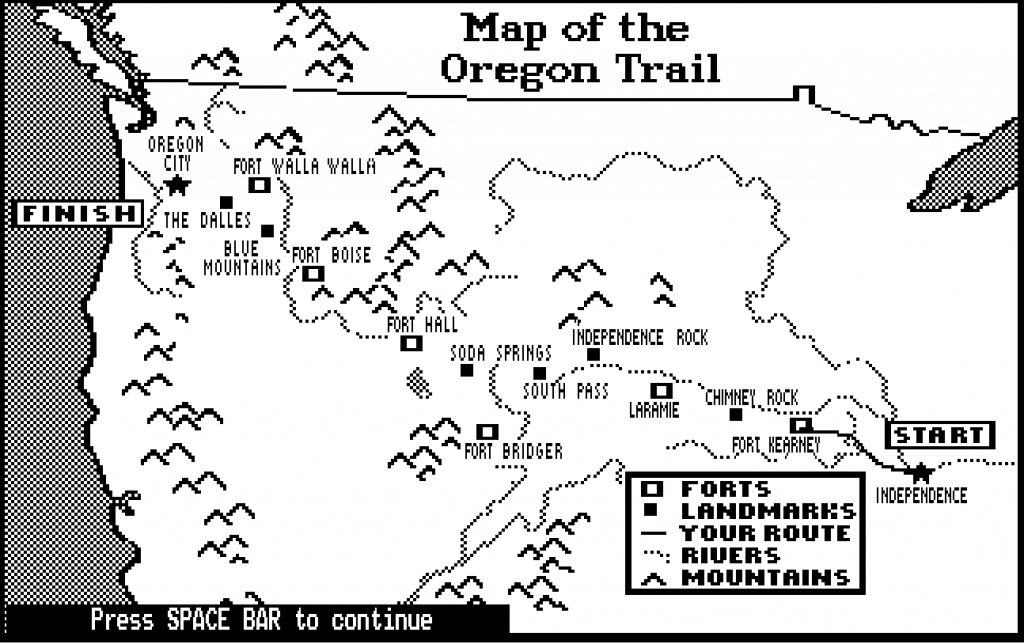 Stop to rest. In The Oregon Trail you can intermittently choose how long you want your family to rest. Too many people are obsessed with making it to their new pad in good time, but it’s more important that you and your family get there safely. Lay off the caffeine and Red Bulls and rustle up a couple of bucks for a hotel or Airbnb for a night. Your family will thank you when they don’t come down with typhoid, measles, or exhaustion.

Talk to people. Every time you arrive at a new destination in The Oregon Trail, you’re given the option of talking to one of the locals. In the internet age, we often don’t put aside enough quality time to get to know our neighbors. But when you’re moving into a new place, it’s important to get the lay of the land from the people who know it the best. Though in The Oregon Trail you’re prompted to barter your storage: oxen, wagon wheels, ammunition to the townspeople, in real life you’d be better off inviting them over for a drink or a casual barbecue.

We’re long passed the days of pioneering and Apple II floppy disks but some things remain a constant. So don’t stress out about you next move—pack your wagon and get out there on the trail! 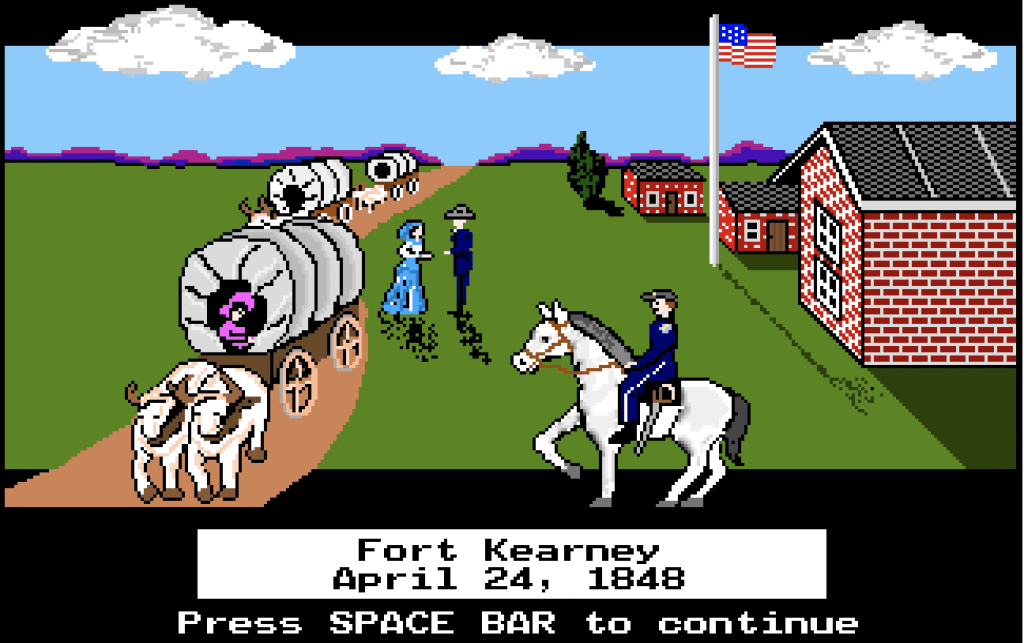