The Voyager program is probably the most ambitious interstellar project ever conceived. The endeavor began on July 1, 1972 and was originally titled the Mariner Jupiter/Saturn 1977 mission. The plan was to have two spacecrafts, the Voyager 1 and 2, complete flybys of Jupiter and Saturn to collect various bits of scientific data about these planets. Maybe that doesn’t sound all that impressive, but the scope of the venture was eventually widened and recently zoomed past our own solar system.

After almost half a decade of work on the project, in 1977, the mission was renamed Voyager and the first probe, named Voyager 2, because scientists planned for it to reach Jupiter and Saturn second, launched from Cape Canaveral with Voyager 1 to follow in September. 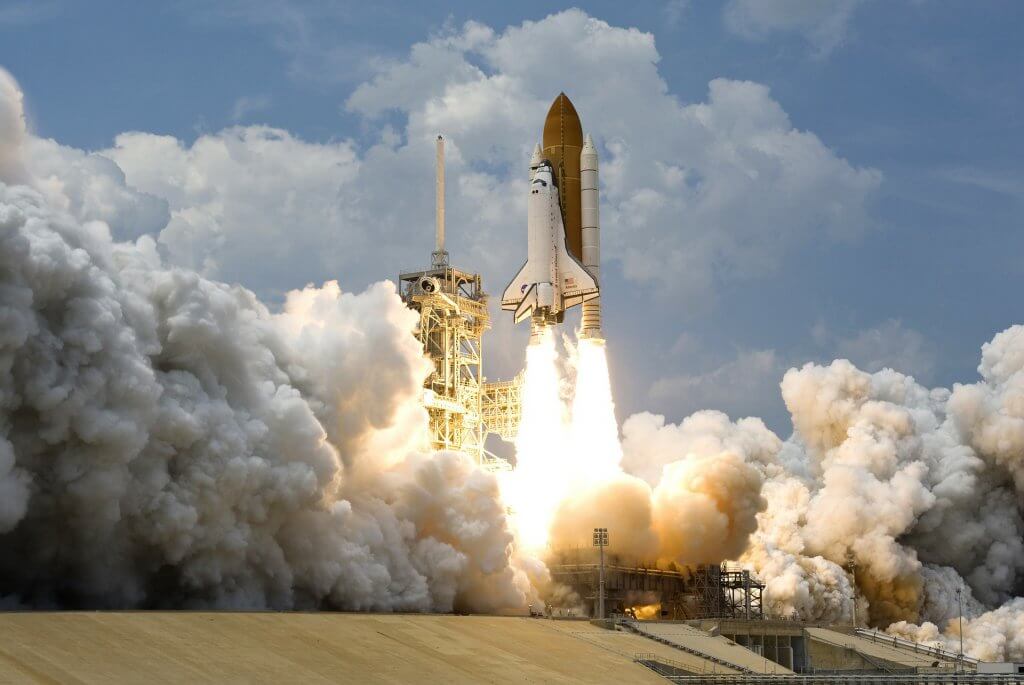 It took 2 years for Voyager 1 to reach Jupiter, but for the NASA scientists and engineers, it was worth the wait because the probe returned pictures of active volcanoes on Jupiter’s moon lo, the Jovian ring system, and lightning which had never been seen outside of Earth. Voyager 2 reached Jupiter four months later and discovered another moon, Adrastea, and linear marks in the topography of another moon, Europa, which indicated an ice-covered ocean.

It took close to another 2 years for each probe to reach Saturn. On November 9, 1980, Voyager 1 reached Saturn’s largest moon, Titan, and found 3 moons: Prometheus, Atlas, and Pandora. The probe also discovered that Saturn’s atmosphere is full of nitrogen, which is the only known nitrogen-rich atmosphere outside of Earth. Voyager 2 reached Saturn on August 25, 1981 and took pictures of many of Saturn’s moons along with the planet’s North Pole.

Both probes went on to pass Uranus and Neptune, sending more important information back to Earth. Then, in 1998, Voyager 1 passed the Pioneer 10 space probe, becoming the farthest human-built spacecraft in the universe. As if that wasn’t enough, Voyager 1’s most prestigious accomplishment came in 2012, when it became the first human-built craft to pass into interstellar space.

What makes both the Voyager 1 and 2 probes the most far-out storage areas in the universe is the Voyager Golden Record. Included on both Voyager probes is a 12-inch LP that contains 116 images, natural and human sounds, songs, and greetings in many different languages. The record also comes with a letter from the 1977 American president, Jimmy Carter, and UN Security General Kurt Waldheim.

Carl Sagan, the noted astronomer and author compiled the track list and included songs like “Johnny B. Goode” by Chuck Berry, “The Rite of Spring” by Igor Stravinsky, “String Quartet No. 12” by Beethoven, and “Dark Was the Night, Cold Was the Ground” by Blind Willie Johnson. Much of the rest of the record contains miscellaneous sounds like wild dogs, wind and rain, crickets, trains, Morse code, a horse and cart, and the sound of a mother kissing a child.

Who knows if the Voyager 1 and 2 will ever reach intelligent life, but if they do, it’s a comforting thought to know that those lucky extraterrestrials will be greeted with some of our world’s most spectacular sounds.

Check out this short video about the Voyager program from SpaceRip: