Most of us take it for granted that we can call up a moving or storage company and have them at our doorstep the following day ready to pack up all of our belongings and whisk them away to our newest home or storage facility. Our ancient ancestors, on the other hand, didn’t have it so easy. Early humans had to brave the volatile and unpredictable natural elements, hike for hundreds of miles to find a fertile plot of land, and remain ever vigilant for predators who might be stalking them in the jungle’s darkness.

There are a lot of theories as to why early humans began migrating out of their birthplace, which was most likely in Africa’s Great Rift Valley. Scientists still don’t agree on all the particulars, but most believe that they began their ascent between 70,000 and 100,000 years ago and that they probably decided to hit the road because of severe climate changes or possibly a great drought that caused them to search for more amenable digs. 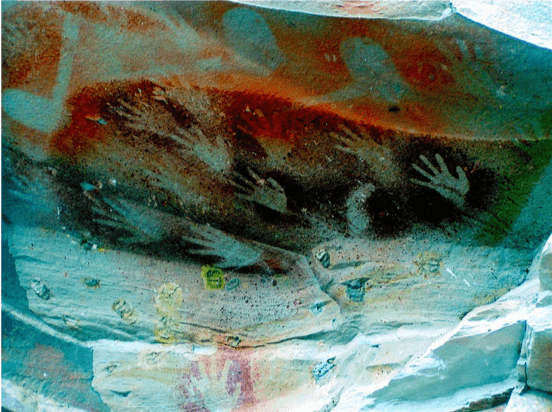 Soon Mama and Papa Neanderthal were spread out across what is now known as Europe, Asia, and even as far away as Australia, using primitive rafts to reach the distant shore. In middle or high school most students learn about the land bridge that was created between Asia and North America, in what is now Alaska, allowing ancient humans to begin to migrate across the Americas, sometime around 13,000 years ago.

But what did their actual moving process look like?

Like most of the goings-on in the ancient world, we aren’t entirely sure, but that hasn’t stopped scientists from making a lot of educated guesses over the decades. We know for certain that their moving consisted of one main and very crucial element: walking. In the ancient past, all of our ancestors were like little Karl Bushbys. So much of their life consisted of getting up in the morning and walking long distances, searching for food, and competing with predators for their sustenance.

Ancient peoples would migrate in nomadic tribes, most of which were based on kinship or some kind of mutually beneficial agreement. The tribes might move multiple times per year, migrating when food prospects dried up and they had little foraged food in storage. Most people believe that ancient people’s migration paths followed their food sources and that the best way to understand how they moved around the globe is to examine the fossilized bones from these animals.

Our ancient ancestors were looking for three crucial elements in their new homes: shelter, an abundance of food, and a welcoming climate. Most of these hunter-gatherer tribes used primitive tools like sharpened rocks and sticks to procure their nourishment so they would keep these tools in storage and bring them with them on the road to their new home.

It’s easy to take our modern world for granted, but a quick glimpse into our past can show us how easy we have it today. Though moving is always a hassle, it isn’t nearly as difficult as trekking through the jungle with your family in toe, trying to avoid ravenous predators. So the next time you call up the moving company, imagine how grateful our ancient ancestors would have been to be blessed with such a luxury.

Check out this video about prehistoric human migration by Science Insider: