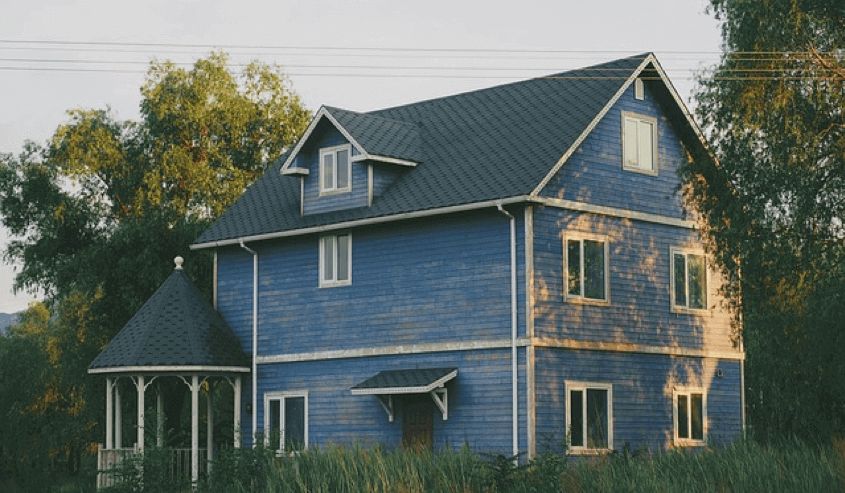 Like filing your taxes, waiting in an airport security line, or navigating your way through gridlock traffic, moving is one of those necessary headaches of life that everyone anticipates with more than a little dread. We’ve all been there: the mountains of cardboard boxes, the tangled balls of packing tape, the car backseats stuffed to the roof.

But moving into a house isn’t the only option. If you’ve found the place you’ve always dreamed of, but the neighborhood isn’t ideal, consider moving the house to you instead. This probably seems like a daunting task, but it’s actually much easier than you might think and can be a cost effective alternative if you find the right house or plot of land.

Before we get into the nuts and bolts of this project, let’s be very clear: DO NOT TRY THIS AT HOME. Or maybe we should say DO NOT TRY THIS ON YOUR HOME without a licensed professional to oversee this project. Moving a house requires someone who has A LOT of knowledge about the structural integrity of a house so consider this article as more of a beginner’s guide.

Moving a house is a lot like changing a tire. At least, this first part is a lot like changing a tire, but with about two dozen more jacks and a much heavier car. First, the house has to be unconnected from the water, sewer, gas, and any other utilities. Then you have to dig out the area in front of the house, kind of like a moat, so you can get underneath it and set up the jacks. This is a lot easier with pier and beam houses than slab or basement ones, but similar principles apply to all types of houses. The jacks are then placed in strategic positions around the frame and cranked up to lift the house from the foundation. Pros use high-powered jacking systems, which are basically networks of jacks that are shimmied underneath the frame and engaged with hydraulic fluid to lift the house three to five feet off the ground. If this is hard to imagine, just picture your car with four jacks positioned underneath each corner and all of them being cranked up at the same time.

To get a better idea of what this looks like, check out this video of a house being lifted:

The House Has Risen

Now that the timber has been levitated, it’s time to make sure the house is stabilized. Most professional house movers will use steel I-beams to, essentially, take the place of the foundation, but others have dollies or trailers that have specialized suspension systems to keep the weight of the house perfectly level when it’s chugging down the road. More adventurous types have even been known to cut the house into quarters and strap it together with long, heavy-duty straps before they lower it onto the trailer to take it to the next site. But this requires much more carpentry work once the house arrives at its final destination and puts the frame at greater risk of instability or collapse.

Here’s a construction crew putting an I-beam underneath a jacked-up house:

House on the Run

How do you drive a house from one place to another? The answer is very carefully. While house moving pros claim they can reach speeds of 30 to 40 MPH while they’re transporting a house, that’s certainly not the norm. Once the I-beams are put in place, a large and very secure trailer is slipped beneath the house and the jacks are lowered so its frame is evenly planted on the trailer with the I-beams slightly extending over the edges. Sometimes movers require the use of local police to ferry them from the original plot of land to the new plot and other times they’ll organize a caravan to make sure the house makes it safely across town. Either way, watching a house being driven down the street is quite a mind-blowing sight.

Check out this 580-ton stone house being moved on a hydraulic dolly system:

Once the new location is safely reached, all you have to do is put the jacks beneath the I-beam grid which, if you remember, extends over the trailer’s sides. The jacks are raised again until they have a grip on the I-beams, the trailer is hauled away, and voila! You have a perfectly moved house. Now you can get to work on finishing the foundation and connecting all the utilities. The house is going to take a little while to settle and you might have to replace some flooring and drywall, but if the moving company is legit, you shouldn’t have to do much once everything is stable again.

Though it might seem like an impossible feat, moving a house can be an inexpensive and creative option if you find the right piece of property. Though this project certainly isn’t for amateurs, there are a number of companies all over the country who can provide you with a professional and reasonable estimate. If you find the perfect house, but the neighbors are getting on your nerves, moving your house might be the ideal choice for you.

If you’d like to see the whole process, click on the video below and watch a pro house moving crew in action: